Monday 1st February
As we decided on the Zoom on Friday to have an origami competition, here are some ideas.......

How To Make an Easy Origami Dinosaur

Solving a problem by extracting and interpreting information in pie charts 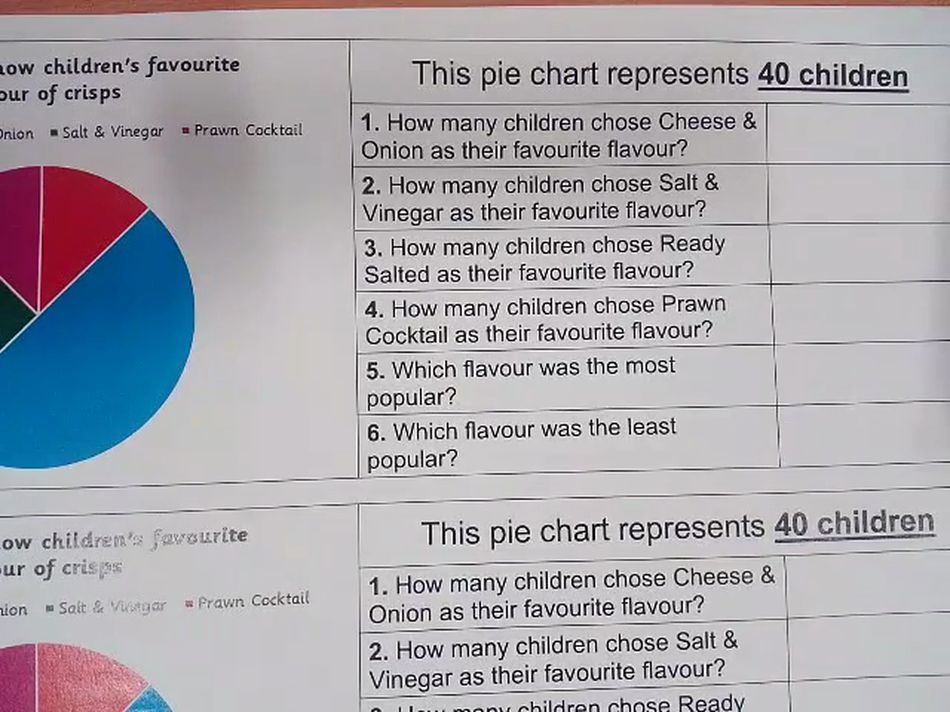 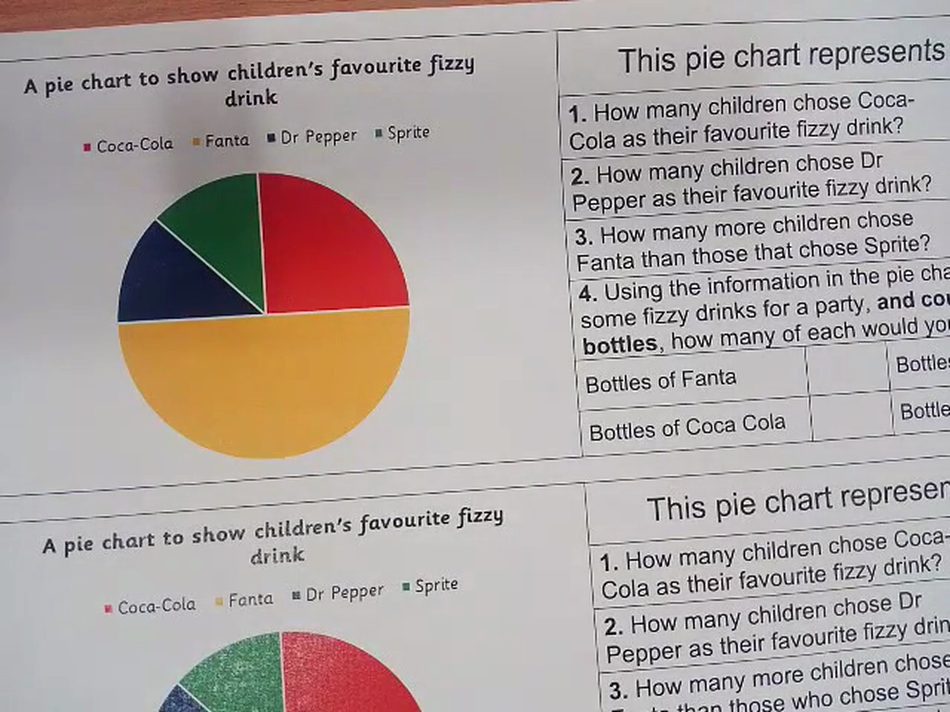 Look at this PowerPoint about rich and poor people in Victorian times. Write a paragraph about each.

Comparing the rich and poor in Victorian times

Have a look at these artefacts. See if you can work out how each one was used. Write your ideas down.

Research these flags and colour them the correct colours 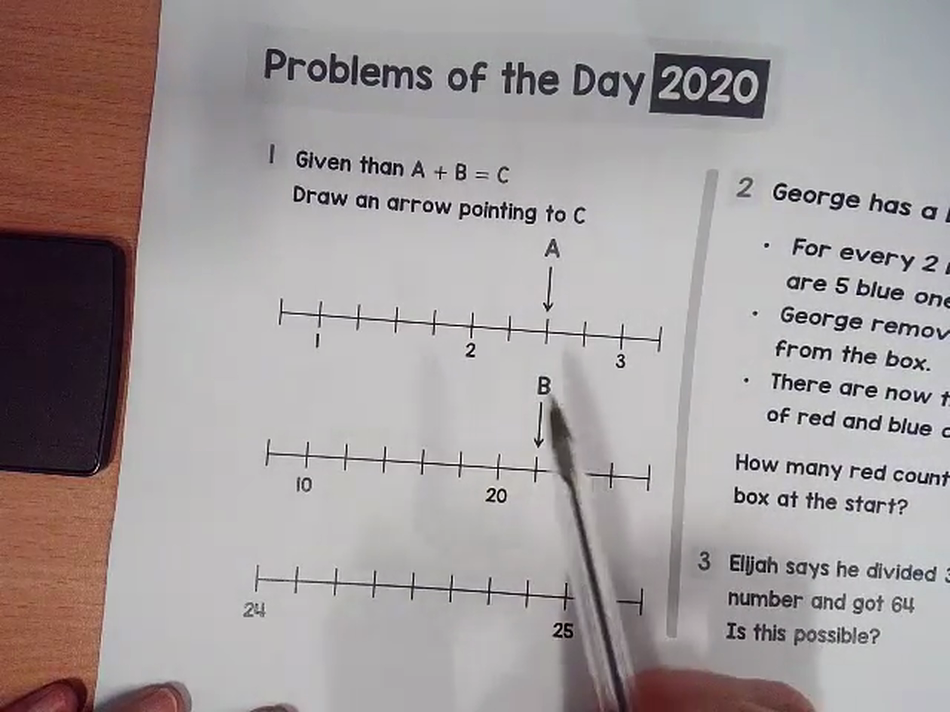 Now you have heard what is the latest thing to happen to Oliver, write a newspaper article about the crime. You may use the template if you wish. Think about your opening paragraph answering the 'what, where, why, when' questions, then go back and tell the story in chronological order. Add more detail from your imagination to make the article more interesting. Don't forget to include quotes from relevant people.

Hints to help with newspaper report 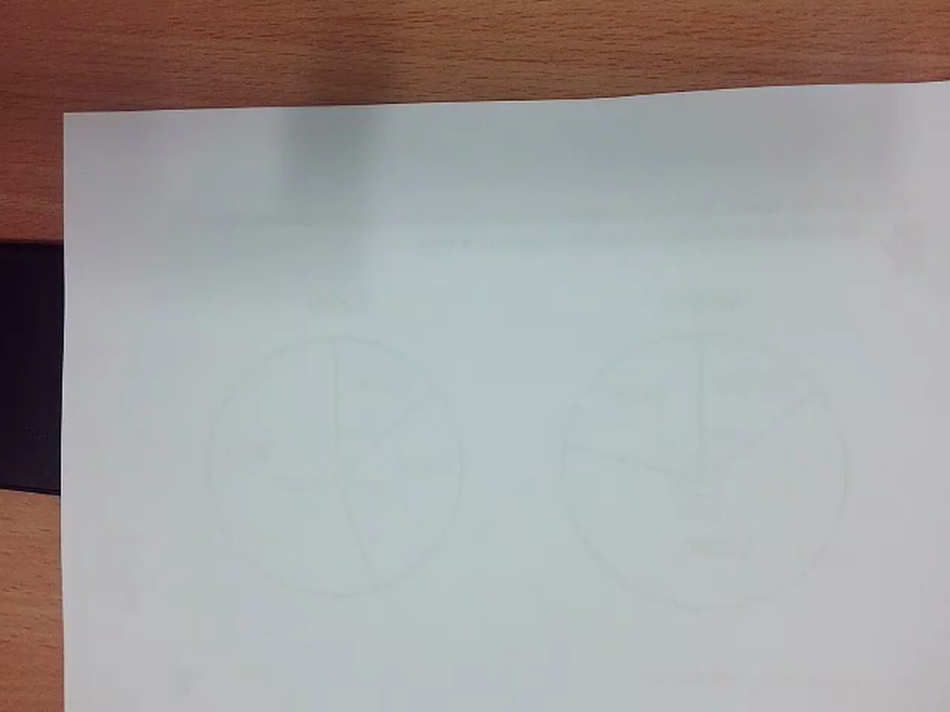 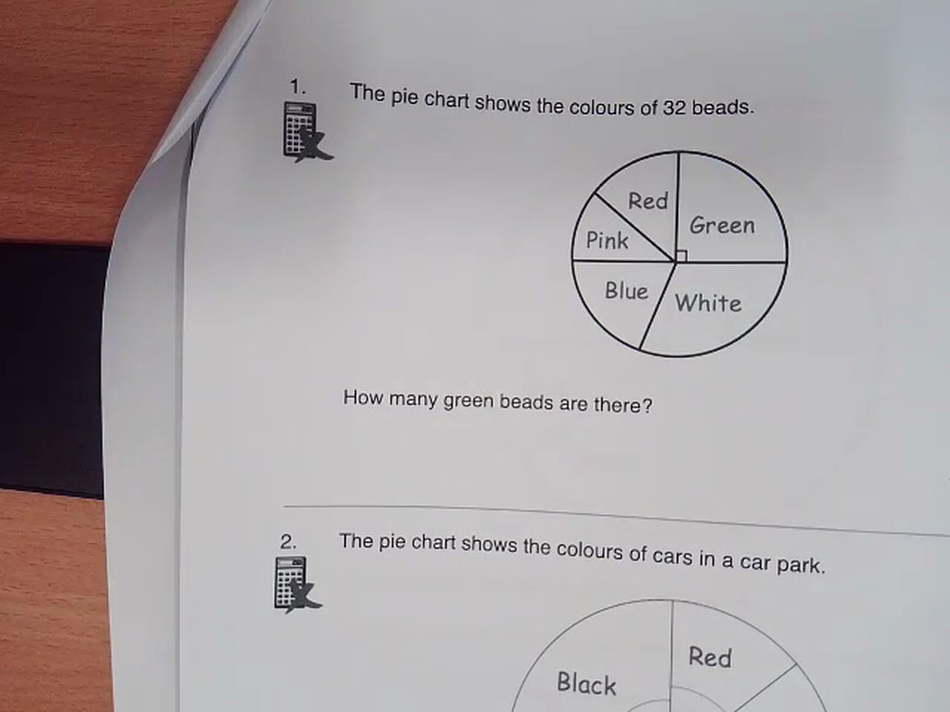 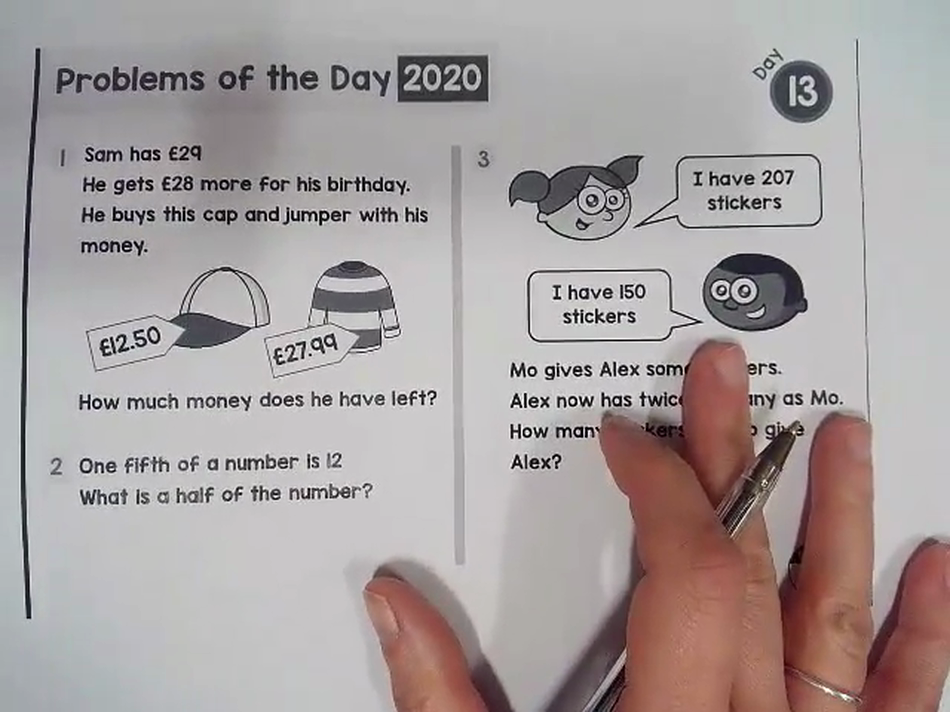 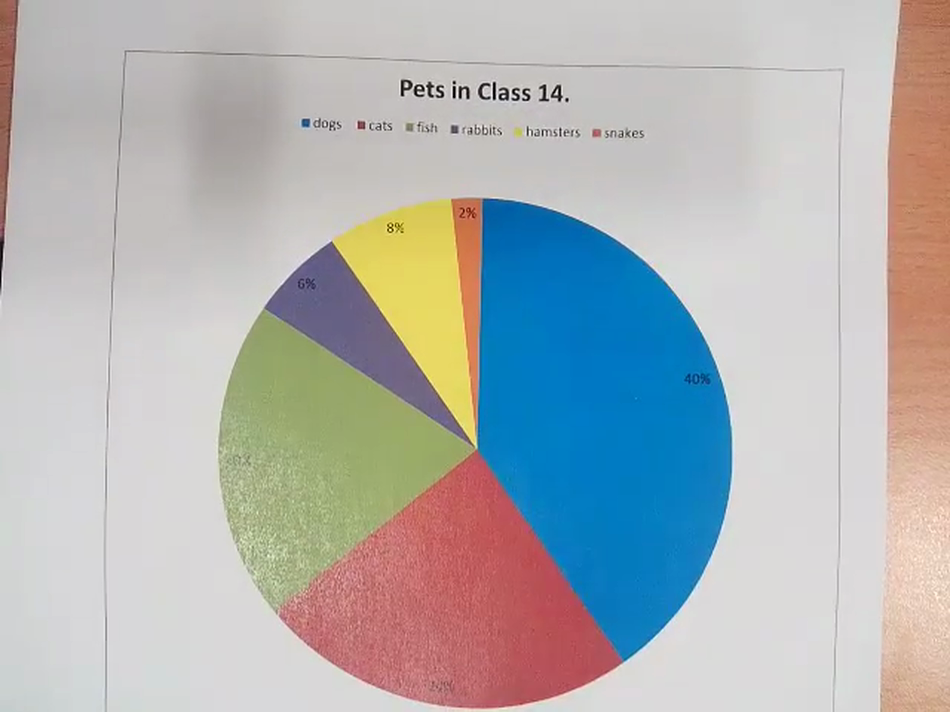 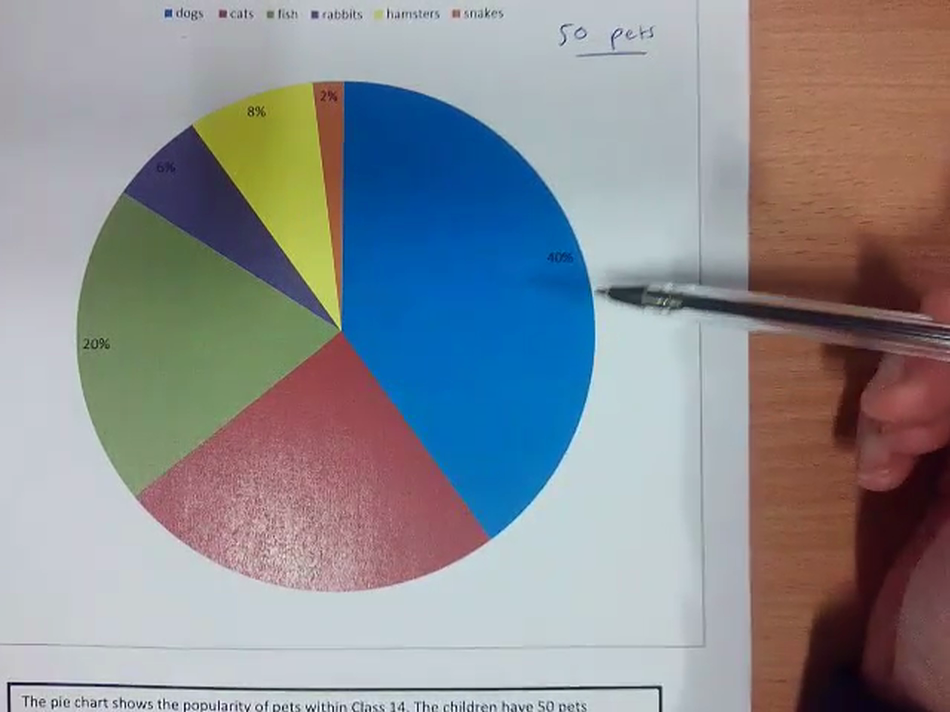 Oliver is left bleeding after the burglary, meanwhile...... back at the workhouse, Mrs Corney is summoned to hear the dying words of one of the aged paupers. Old Sally was the nurse on the night that Oliver's mother gave birth in the workhouse and died. She reveals the existence of certain artefacts that she stole from Oliver's mother that night - items that confirm the connection between Oliver and the dead woman. Old Sally dies before she can reveal the exact nature of the items.

I would like you to write a response to this revelation. Who do you think was Oliver's mother? What could this mean for his future? Make a prediction about how the story will end. 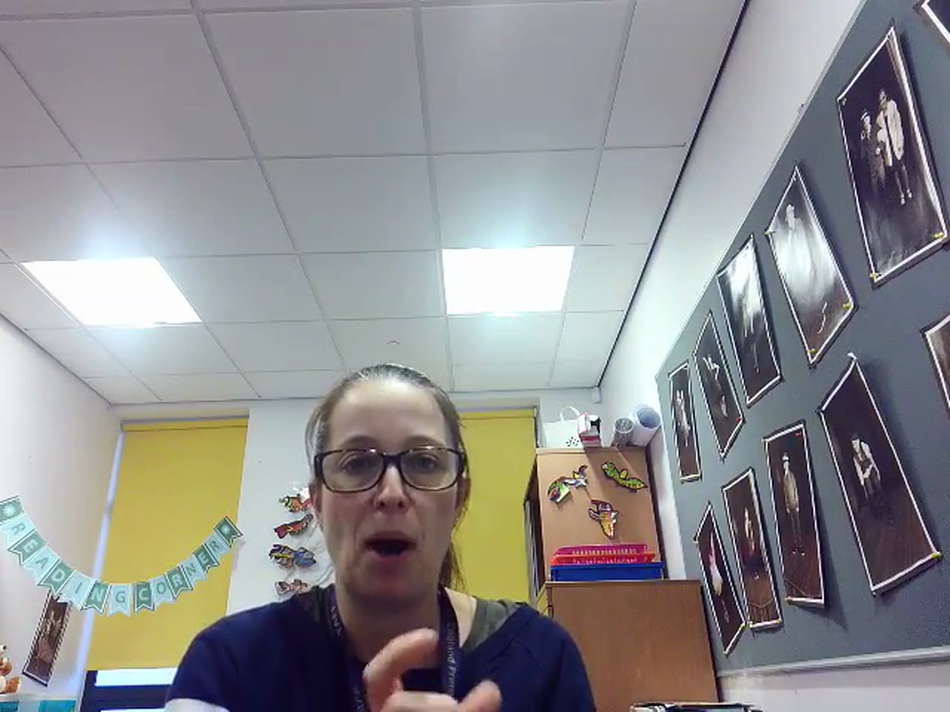 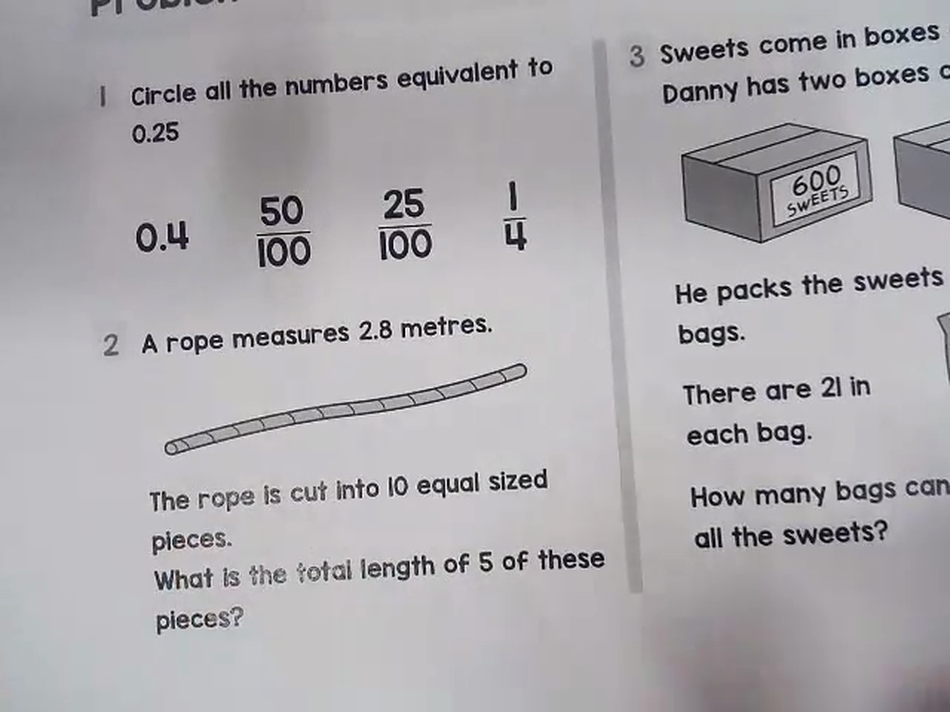 Problems of the day 2 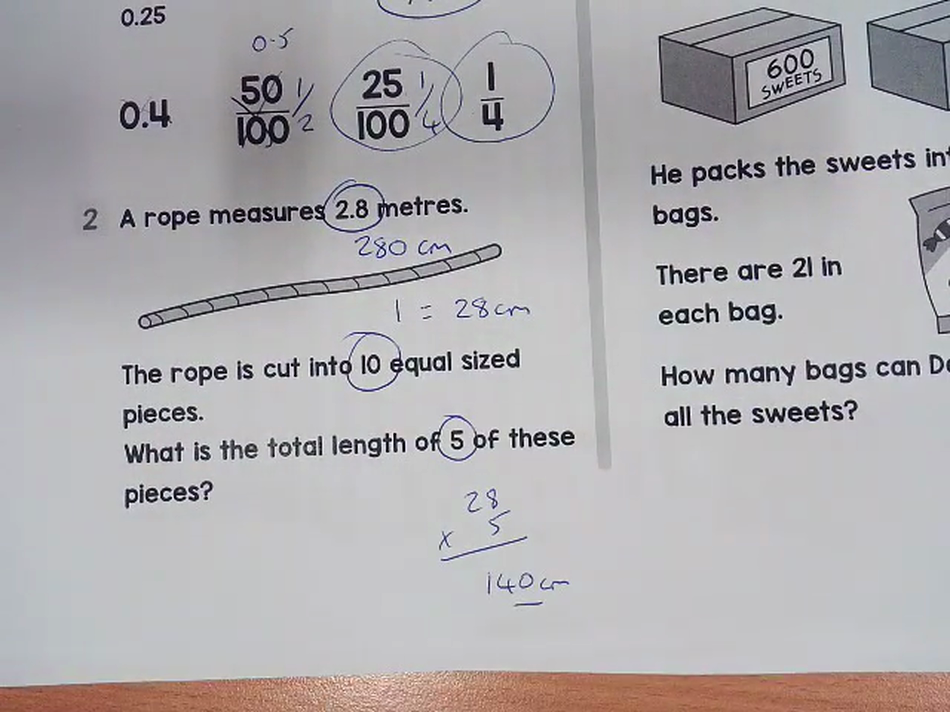 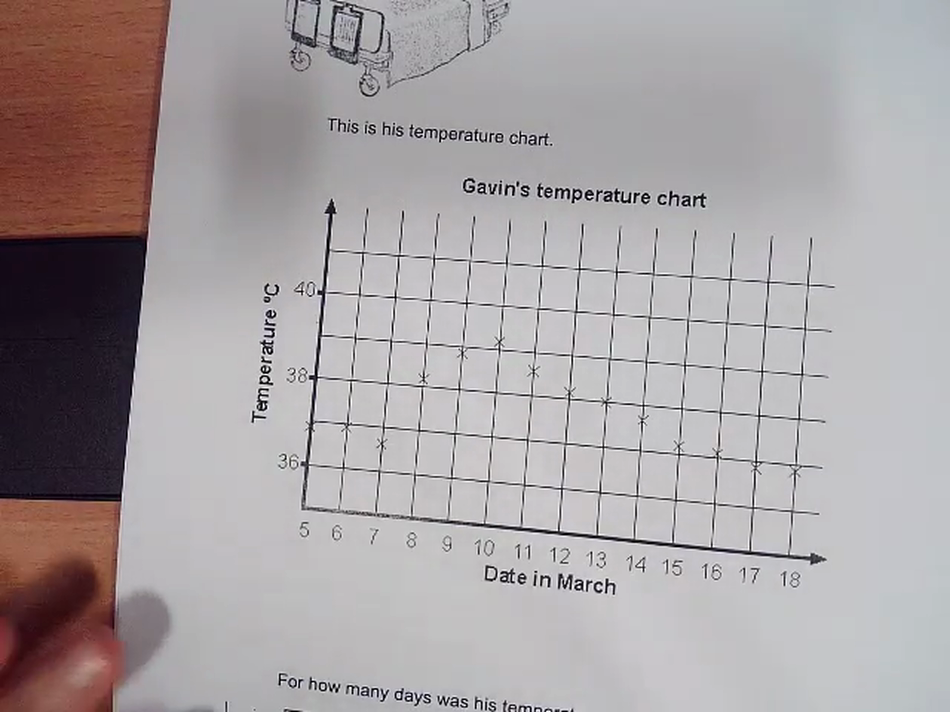 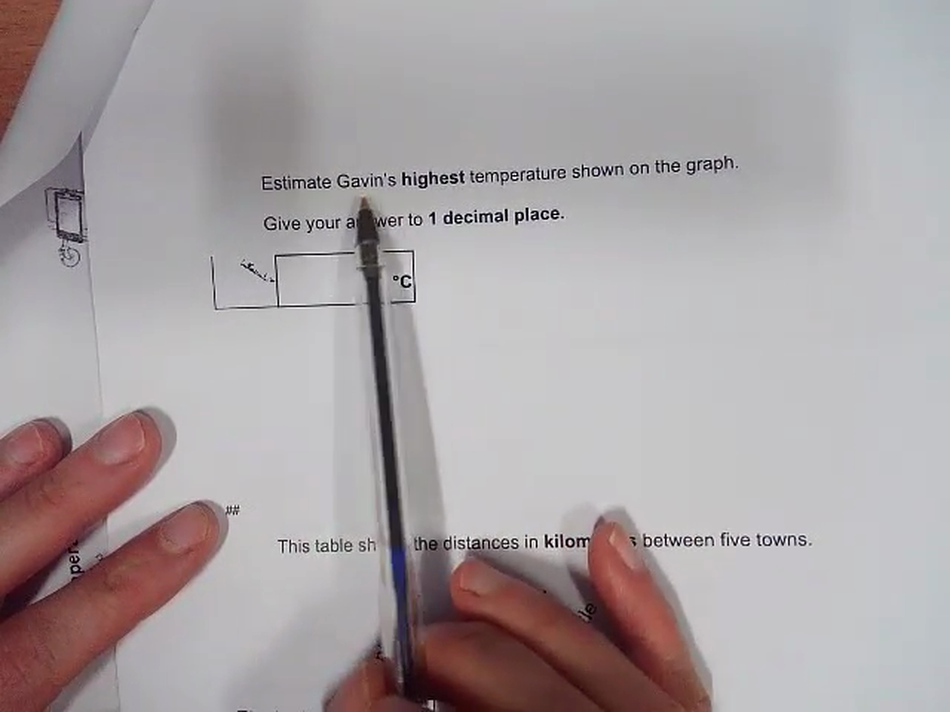 If you find the questions above a bit tricky, try the bar chart questions below.

Write a response to this question:

Is the criminal world in the novel better or worse than the workhouse?

Criminal world vs life in the workhouse 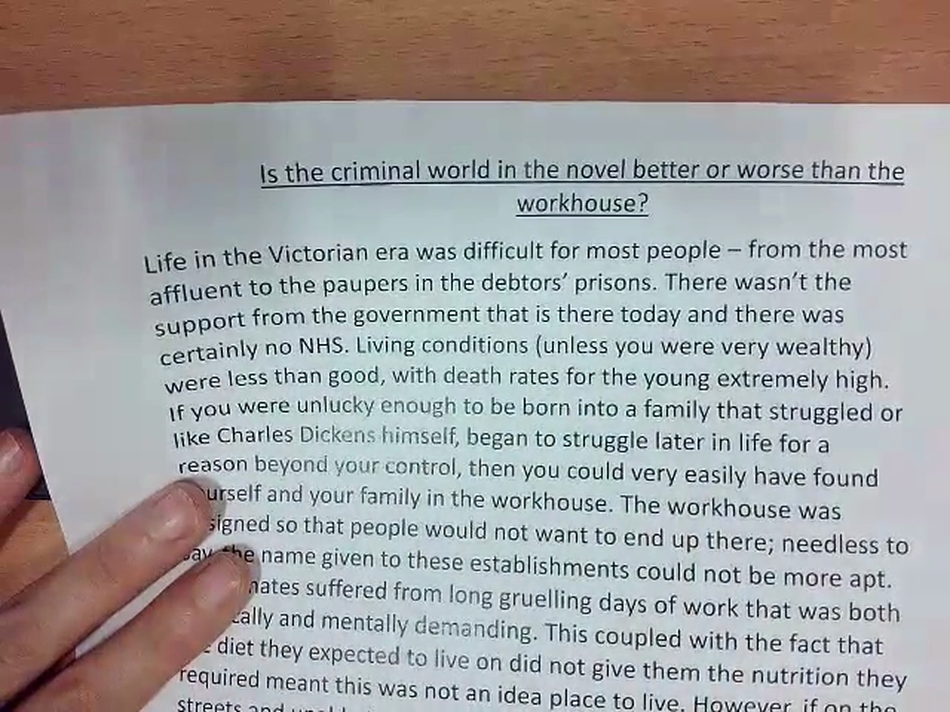 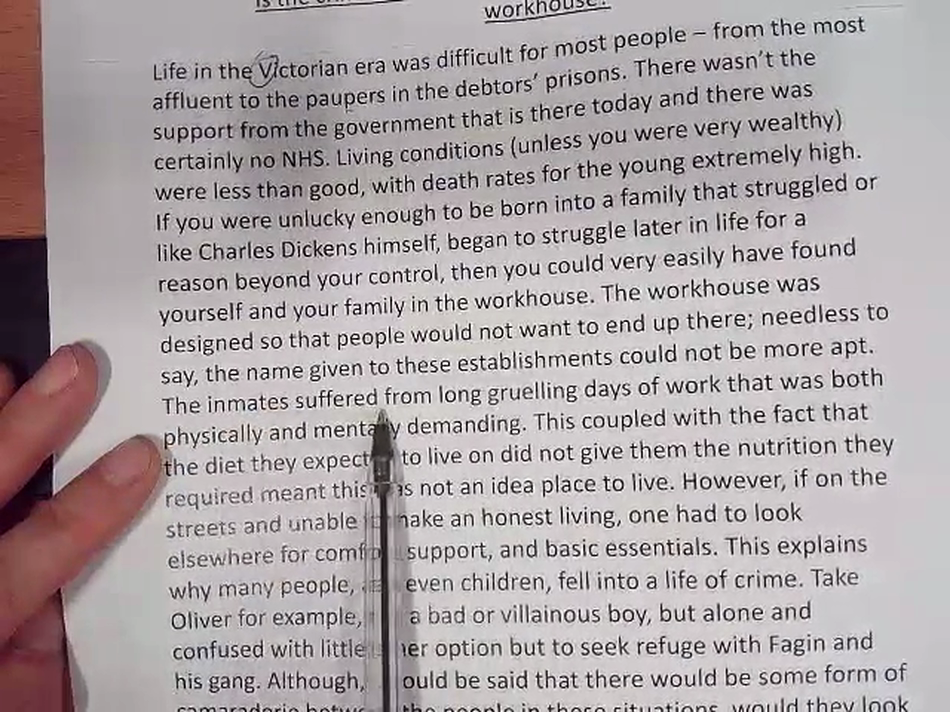 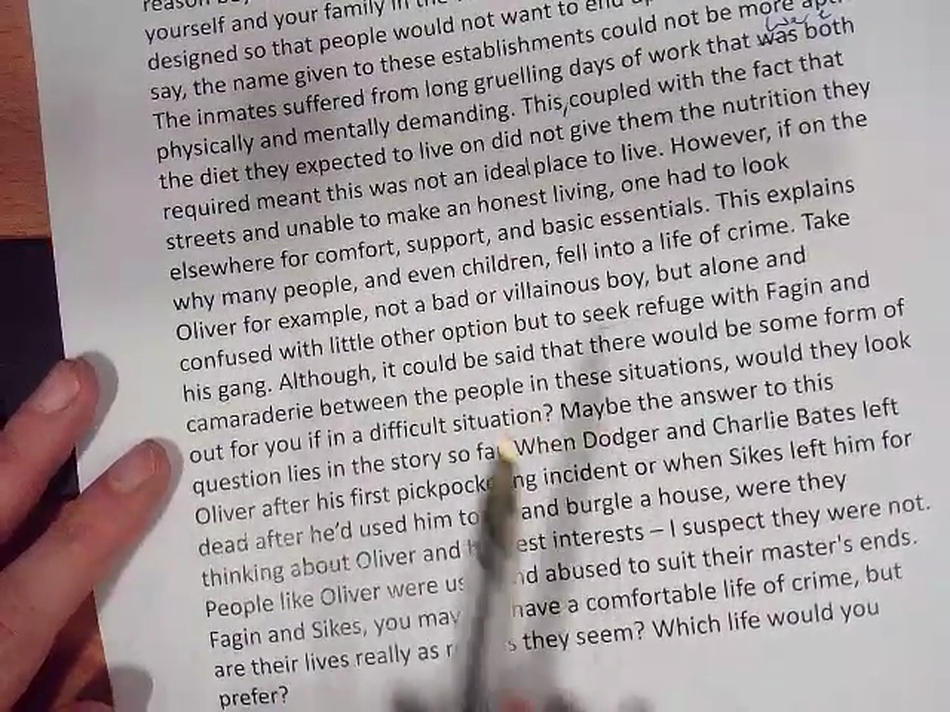 We are going to begin learning the parts of the body in French.  Click on the link below and listen to the pronunciation. Then 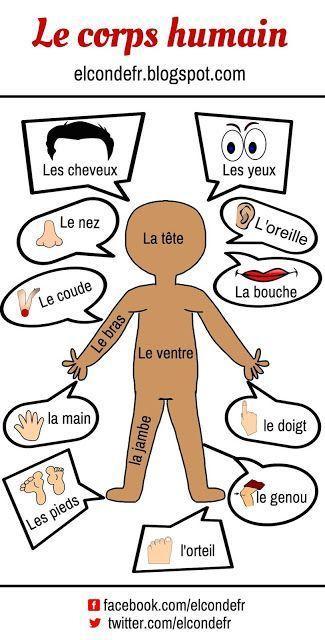 have a go at saying them.

A French song about masculine and feminine body parts

Suitable for ages 7 to 11. A lively song to practice parts of the body with a focus on masculine and feminine nouns. A clip from a series teaching the basics...

Don't forget the Zoom at 10:00am tomorrow. Be ready to share your origami masterpieces!

I hope that you enjoyed finding out about Linnaeus and his classification system last week. This week, we are going to revisit classification (Task 1) and use our knowledge to draw an imaginary new creature (Task 2). In the task, you are asked to share your creature with a partner but, as you are not in school, I would like you to complete the final paragraph yourself, giving reasons why you have chosen to classify your creature in that way. The video and vocabulary sheets will help you with your creature.

I look forward to seeing your curious creatures.

Watch the third video in the link below to help you to understand how to use characteristics to classify animals.

I hope you have all seen the email about our new school/family project - The Wellerman. If not, here is the link to the song.

Nathan Evan's is a postman who posted this catchy sea shanty on TikTok and it has since gone viral with many famous people posting duets with him. We have decided to make our own TikTok videos and collect them all to make a compilation! I hope you read the email and join in!

Have a listen and try joining in! 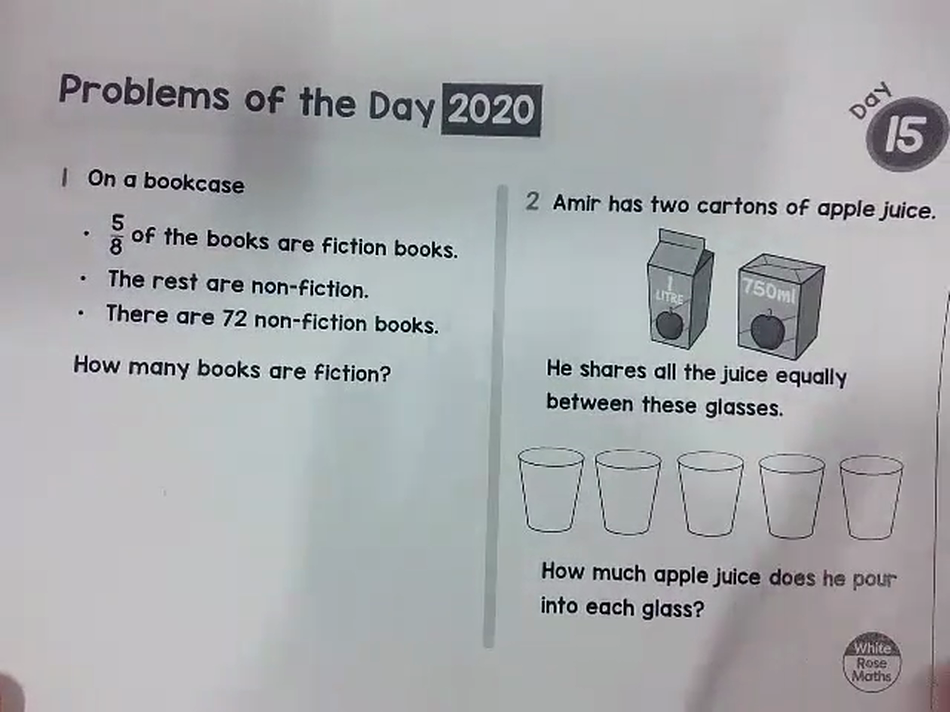 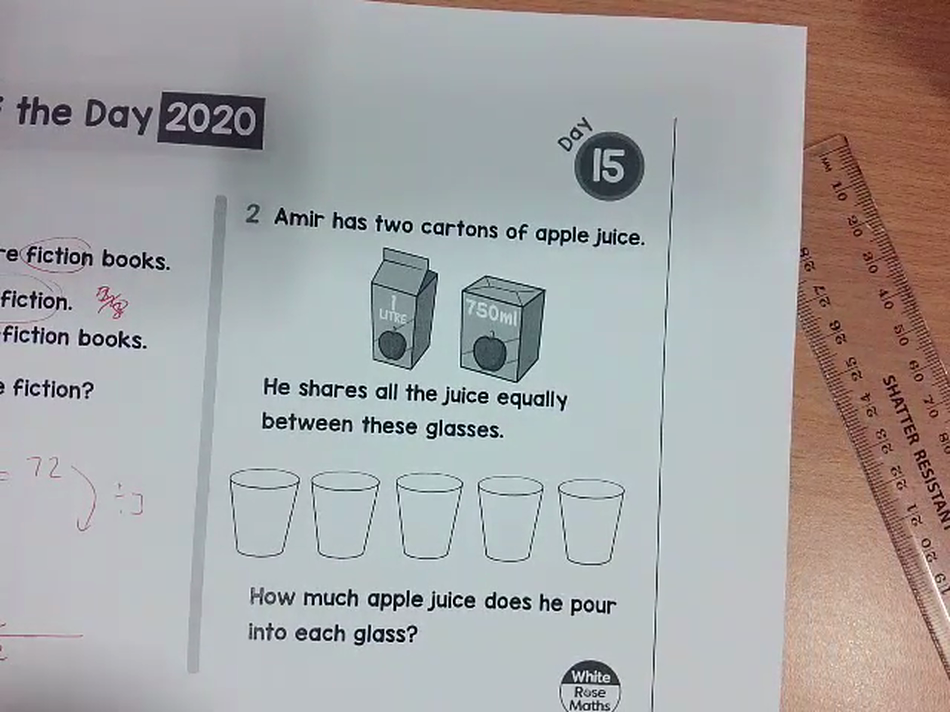 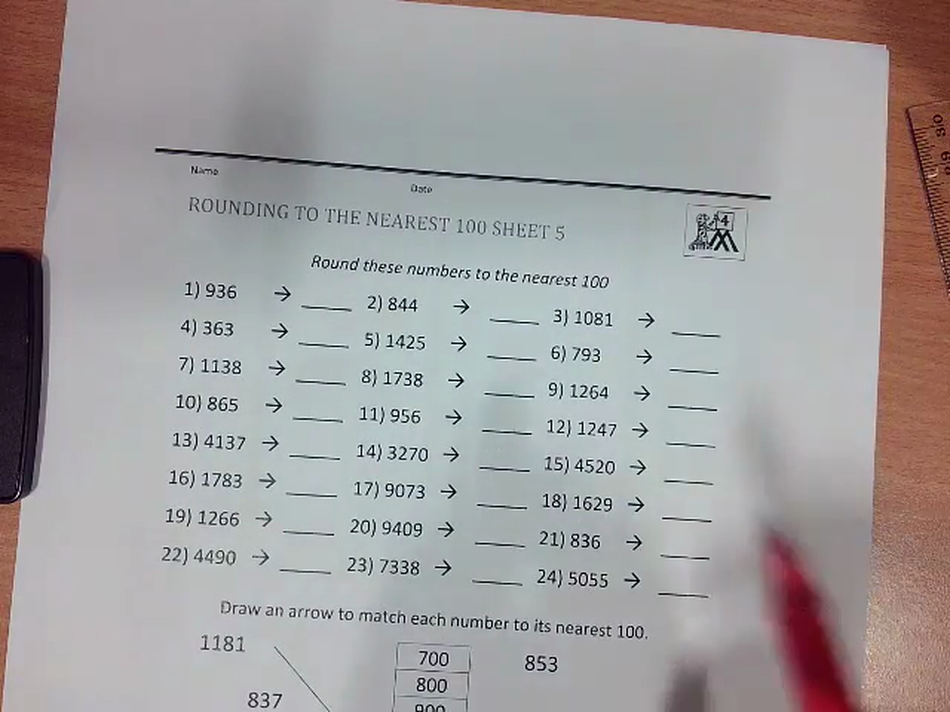 How are people’s attitudes toward the poor and orphans depicted in the novel? How are poor people and the homeless treated today?

How poor people are depicted in the novel compared to today 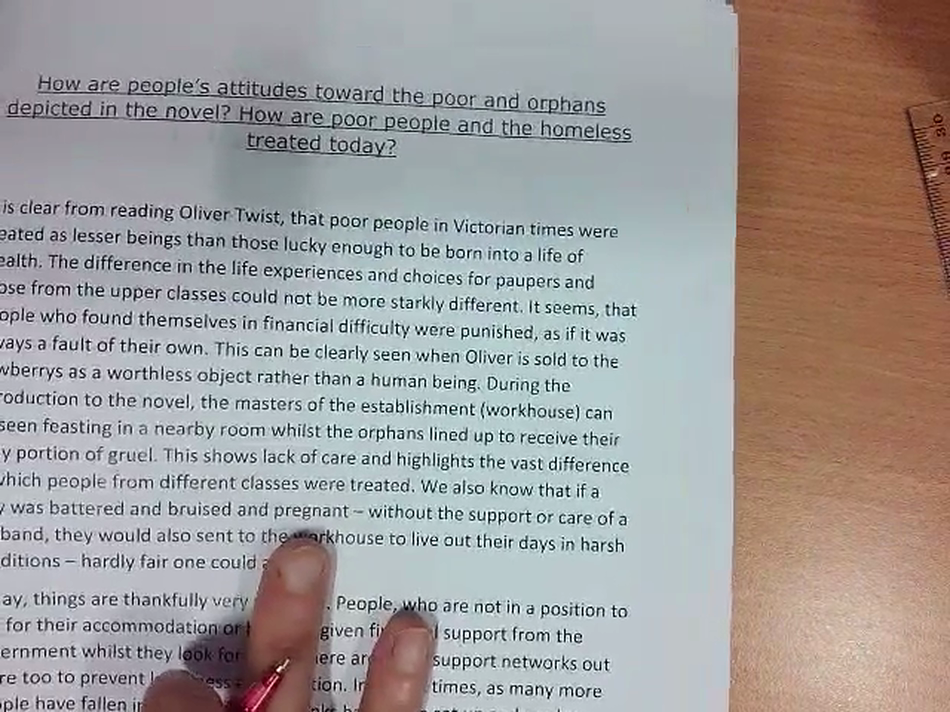 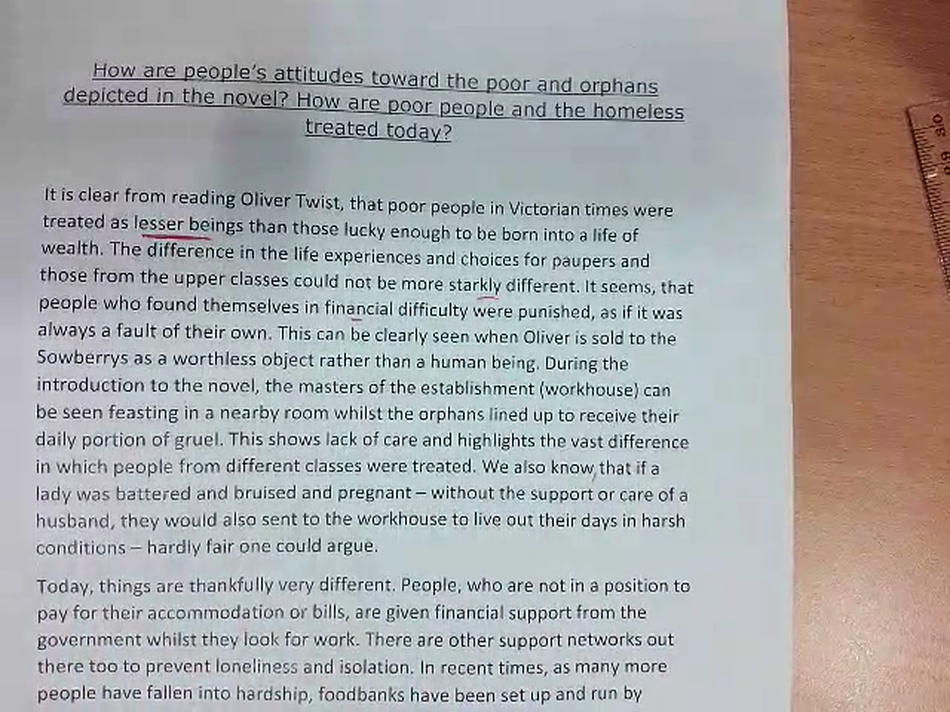